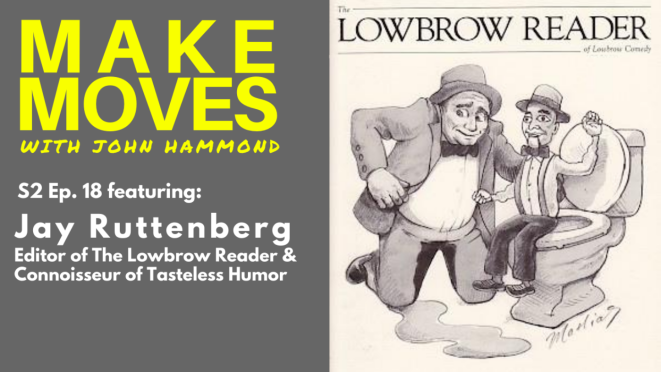 S2.18 feat. Jay Ruttenberg – Editor of The Lowbrow Reader and Connoisseur of Tasteless Humor.  Jay’s love of the movie Billy Madison prompted him to start a zine dedicated to lowbrow humor, and in the process he invented a new cultural space for the finest journalists in America to write about comedy.

With permission of Drag City Records, this episode features the title cut off of King Kong’s album Me Hungry.