With permission, this episode features the tune Black Sheep by Big Lazy off their album Don’t Cross Myrtle.

CLICK FAST!!! and you can help Big Lazy make their next album by supporting their Kickstarter Campaign NOW.  They’ve got some super cool premiums for supporters… and they make GREAT MUSIC! 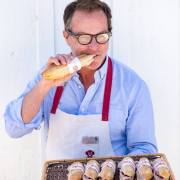