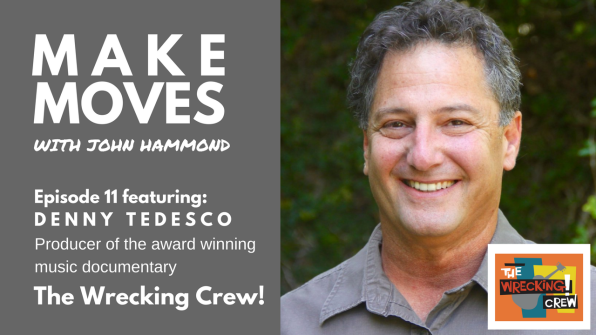 Denny tells John how he made a movie that nobody thought he could make… with his own money… in his own way. The end result was an award winning documentary about an elite crew of Los Angeles studio musicians – including his father, Denny Tedesco, one of the most recorded guitar players in history – who played on literally thousands of hits coming from the West Coast music scene during the 1960’s.  Denny explains that he had to invest almost two decades of his life and be willing to take huge personal risks to finish the movie on his own terms. He discusses how he did it, why he couldn’t stop, the ramifications for his family, his personal connection to the movie’s story, and he reveals his ability to generate creative solutions.

Denny is a very entertaining story teller and he is 100% honest and open in this episode.  This episode is a long format special feature that includes some classic music from the 1960s.

Swing by www.wreckingcrewfilm.com to get more information about the film, or to purchase The Wrecking Crew! merchandise.  The DVD is packed full of treasures.  You can pick it up HERE. 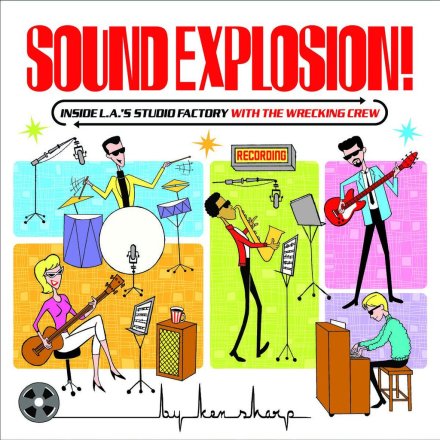 With permission, this episode features four songs off of The Wrecking Crew! sound track: Be My Baby by the Ronettes, God Only Knows by the Beachboys, Danke Shoen by Wayne Newton, and The Beat Goes On by Sonny & Cher.

One thought on “MAKE MOVES 11: Denny Tedesco, Producer of The Wrecking Crew! – the award winning documentary.”